“Christmas is not a time nor a season, but a state of mind. To cherish peace and goodwill, to be plenteous in
mercy, is to have the real spirit of Christmas.”
–
–Calvin Coolidge
->>

“He who has not Christmas in his heart will never find it under a tree.”

“Happy, happy Christmas, that can win us back to the delusions of our  childhood days, recall to the old man the pleasures of his youth, and transport  the traveler back to his own fireside and quiet home!”

Isn’t it great to look forward to Christmas again?  Christmas in New York is different from the one in e.g. Sydney,  – different again for cities where they don’t celebrate Christmas at all. It is more an event in the Western world than in the Eastern world.

But for us who celebrate Christmas we tend to look forward, to be with family and friends, to share presents perhaps. To have simply a good time together!

If you don’t like this article try to read it again with Christmas, – if you need to think about it! ..  Sometimes you need to read things twice.

One thought on “Christmas of the best kind?”

The greater justice towards the next generation 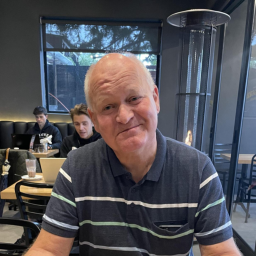 -
I was born into global issues such as responsible use of power, the struggle for survival and the fear of loss.

These themes are still evident in the events around the world and in the culture around us.

Safety and security issues are a key motivation in most of our major life decisions, and we all have probably a chronic, underlying fear of losing our security or resources.

For most of the people around the planet, this fear is evident, and in some countries the loss of it is more than profound.

The use of power amidst a variety of leaders is a major issue in this world and often comes at a cost of innocent lives.

What does a vision do?... Vision is the ability to see.

Helen Keller was asked, "Is there anything worse than being blind?".. "Yes," she replied, "having eyesight but no vision!"

Leaders with myopic vision are so terribly near sighted that they live only for today. Their vision of the future is fuzzy. They can barely see beyond their noses.

Leaders with peripheral vision are blindsided by side issues.

In "We dream of things that never were and say: "Why not?", - I touch base on some of nowadays important topics, on some of the challenges of our times and generation..

But also on a few of my own memories and other information..

It will be a slowly evolving narrative, a portrayal of variety, a rendering of sorts..

As a Family Physician in rural South Australia with quite a busy life style, - writing is a welcome retreat to engage somehow. To be more receptive of what is going on in the world..

From this point I made a number of assertions, part of my own journey and evolving perceptions..

This planet for sure needs more auspicious and compassionate man and woman...

People pioneering peace efforts and healing of sorts in their own time and place, - in their own little world and in the world of others..

People who, once more again, refresh an increasing spirit and respect for life, - respect not only restricted to the human race, but values sweeping all breathing offspring of this world.

The last, where we thoughtfully have an obligation to do this.

The American actress, director, singer and dancer Jasmine Guy once said: "It is a full time job being honest one moment at a time, remembering to love, to honour, to respect. It is a practice, a discipline, worthy of every moment"..

There is too much to see and to do in this great world, "broken" in far larger dimensions than we see.. but we may take immense pleasure by enlarging our circle of compassion.

Then it gets better with our vision...

The road to voracity marks the scars of humanity far more than we think.. and there is no one else to blame than the nature of human race on its own.

Not nature it self..

If you haven't perhaps this as yet, a time may come in your life that you are getting attached again to your purpose, the principle by which you intend to live..

That you walk away from all the melodrama and the crowd who did create this, - apart from the contributions you possibly made yourself..

Still, you have a free choice.. The choice to open your eyes and see..

That, interdependent as we are, you surround yourself with people who make you move again.. creating again, as part of real connections.

That you open up to those (wherever they might live), who pass on some of the awesome instructions they once received themselves.. Instructions deeply embedded at the soul of humanity..

History has examples of some of those people, for sure, but at times they just live around the corner or in the same area, - not too far away..

Those people, who were able to make gentle the life of their loved ones, including the lives of so many others..

Those people, who looked further than the circumstances in which they were confined, because they had a journey to travel..

A journey where love means that you have compassion, an accelerating mercy through the tapestry of life, - because:

We are life amidst life, we breathe the same air and have the same link to the future..

And as such, a life inspired is always a life less expired..

And wherever you may travel on this road, enlarge with other people a passionate change to mankind, - if you are able to..

And so, each time when a person is rising up from his own isolation to advance the future of others, or acts against oppression , or stands up for the abused, or any other injustice or evil, - he or she sends forth both currents of courage and faith, - affecting many others..

This is something to be thankful for because in sharing the beauty of the greater connection and the wider purpose in life, we find meaning and direction as well..

This is just part of the greater justice towards the next generation, which we have to carry over.. The generation which will inherit this planet. A generation with new leaders on a planet where we all share both the darkness and the light this may create, now and in the world to come..

And for this reason we need to keep the journey going by sharing our journey and inspiring a shift in both the awareness and purpose of our existence:

To honour and to improve life where possible, and to make more gentle the life of this world..

How I see my future?

At best I would be more at the frontline of Medicine for disadvantaged people, in areas where this is most required.