–
“Each time a man stands up for an ideal or act to improve the lot of others, or strikes against injustice, he sends a tiny ripple of hope, and crossing each other from a million centres of energy and daring, those ripples build a current which can sweep down the mightiest walls of oppression and resistance.”    – Robert F Kennedy,  former US Senator and Presidential candidate in 1968

Like words can move and guide people as part of proper leadership, so is principle centred and strategic non violent action able to remove the power base of oppressive regimes, – those regimes with no respect for human rights. Needless to say the movement of non violent action will endure and the force if well-balanced on all core principles, may outmanoeuvre dictators to make free the people who lost their freedom and dignity under often ruthless powers. 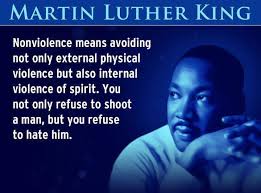 It works. It proved in India at the times of Gandhi, it proved in Tunisia and Egypt with people at the forefront of action and strengthened with the literature of eg Gene Sharp, the last being a scholar in nonviolent social change and still alive today in East Boston, USA.   Gene Sharp is a graduate from Oxford and has held positions at Harvard University, besides Massachusetts Dartmouth. His books “The Politics of Nonviolent Action” and “Waging Nonviolent Struggle” have inspired many movements across the globe. Iran did accuse him of working for the CIA, which is not true. A reflection however that the non violent movement if well prepared is feared by those countries who have reason to fear, Iran and Syria included. Needless to say that in some Middle East countries real discussions are going as how to break the force of non violent action. However if well-developed, like Robert Kennedy from a distance once indicated, it can “sweep down the mightiest walls of oppression”, as happened eg in South Africa.

Obviously the road of non violence action is not without risk and people engaging in non violent action will be killed regardless their good intentions. Often the struggle is a hard one with loss of friends to be endured, not to speak about the risk of very potential torture. However non-violence by principle and guided with superior talent is the only way, as violence will be responded with greater violence by forces far stronger than yourself and it will give opponents an argument to fight to the bitter end. Non violence includes the choice of specific tactics, often to break the violence of opposing policing and military force.

There have been misconceptions about nonviolent action. Many people used to think that it was not a strong force and that only the violence of war could remove extreme dictators. It is not true. Foreign countries do not need to occupy countries where human rights are abused or where dictator’s have the reigns. It needs to come from the people themselves, at times with support like in Libya. However the last one was not an example of non violent struggle and where violent struggle obtains a victory the likelihood of violence to be sustained has increased, – whatever party did win the struggle. Only if the principles of non violent action are at the centre of the struggle, those groups sustaining and winning the battle this way are more likely to continue to stick to those principles.

If people are disciplined and courageous, they can do it with the proper concepts of non violent action. When people lose the understandable element of fear of an oppressor’s regime, the oppressive regime is facing deep trouble. Maintaining a nonviolent discipline is crucial. If a highly oppressive regime has various troops and effective weapons, it is foolish to try fighting them on their own ground You can’t win from their weapons and if you use the same tactics you will be branded as terrorists. So you must choose something else. Violence is usually not the answer, it creates more often greater disasters.

Highly regarded Us exVietnam war officials initially being sceptic about the concept of “non violent action”, – changed their mind after the war as they were confronted with evidence that it worked,  – more effective than they ever thought!  The power base of people does not involve a foreign occupation of any country if such country lives in gross contradiction of essential human rights, – it does not even involve the requirement of using ugly force. It only requires to empower people with the principles of non violent obstruction and non coöperation in the specific context of their country and such a movement is able the get a victory on principle and start on the same principles a sustainable democracy with proper law enforcement, – the last requiring force of the law on the real offenders and criminals. 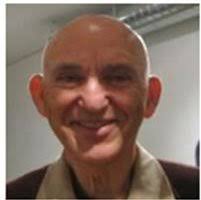 Military-Industrial Complex Conduct Invites Nonviolent Direct Action
–
Some may say throwing stones are fine as long as you don’t hit people. It is simply not true. The gesture is violent in itself and will be responded with physical and all other violence. In biblical terms the fall of Jericho was neither caused by violence nor stones. The walls representing the barrier were of such nature that violence would not bring it down. Oppression and dictators are based on certain systems of power and undermining those systems to make them fall apart is one of the aims to get rid of oppression. With faith!

This concept can be developed into a smart and highly effective technology using the human spirit in all it’s positive and creative dimensions for those who suffer an enduring and violent injustice against the basics of human rights. It requires a sound knowledge of the nature and dynamics of the oppressing regime, answering the question as well in which areas they are both strong and weak. Modern communication technology will  aid such movement of positive change.

–
It is not always true that every society gets the kind of criminal it deserves, what is true that every community may get the sort of law enforcement it insists on. To tame the savageness of man and make gentle the life of this world (as the Greeks) wrote so long ago, requires a shift in modern thinking where this modern thinking traditionally did include the option of excessive and more brutal force than ever before, against the will and the interest of the people. This type of  shift in thinking and perception is simply progress in the way we see the world and change is the motivator of progress into non violent ways to meet worthy goals and show respect for life.

However this type of change has enemies not to be underestimated. Those enemies are usually the extremists being extreme in their intolerance and in their accusations and it is paramount to provide them no grounded base for their accusations. Hence being in debt familiar with the principles of non violent struggle being the baseline to start a strategic sound and well prepared campaign against the oppressors, whoever the oppressors are and wherever they may be. It is within this context that the intellectual work of Gene Sharp deserves recognition as within the context of an increasing friction between the interests of the people and the interests of Governments who seek confrontation rather than peace,  whilst the people they represent say:”Never ever again!”, – it provides a blueprint to do what Senator Robert F Kennedy once said in the above quote about “ripples of hope” and “million centres of energy and daring”.

The power of one can make or break the world where it comes to critical decisions about war and peace, and where the power of one directs into the direction of war the power of people’s have a right to say:”Not again, – never again!”, – as all out war on this planet not being able to controlled anymore is not a rational alternative. People  have  a right even to sweep down democratic governments if those governments take it one step too far in the direction of major war, and not keep the peace where  the option is to preserve the peace. Too many wars in the past were pointless, without real gain and with too many losses.

Any future major war may escalate into global disaster and as global citizens we have an obligation to watch our governments on the best possible intentions to protect our human right to live on this planet and cultivate the positive potential of life, – industry, – liberty and cut inequalities among race, cultures and individual opportunities. The last just  to be able to live, to love, to learn and to leave a legacy!

The use of violence is only the very last option when nuclear powers try to dominate the world with both the use of nuclear force and international blackmail, –  after it proved all efforts of proper international diplomacy guided by the UN failed. 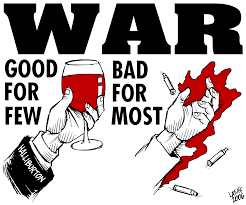 To sweep down the mightiest walls of oppression against human rights and injustice, against the mightiest walls in favour of an increasing arms race and both nuclear and biochemical threat, –  requires nearly half a billion centres of energy and daring.  As only this current can change the tide in human history!
–