“A hundred times every day I remind myself that my inner and outer life depend on the labours of other men, living and dead, and that I must exert myself in order to give in the same measure as I have received and am still receiving.” – Albert Einstein

“Perseverance is more prevailing than violence; and many things which can’t be overcome when they are together, yield themselves up when taken little by little.”
– Plutarch

“Gratitude unlocks the fullness of life. It turns what we have into enough, and more. It turns denial into acceptance, chaos to order, confusion to clarity. It can turn a meal into a feast, a house into a home, a stranger into a friend.”
– Melody Beattie

You may write me down in history
With your bitter, twisted lies,
You may trod me in the very dirt
But still, like dust, I’ll rise. –  Maya Angelou

We shall overcome one day in ourselves, with gratitude to our past, our present and our future. Gratitude to those who made our life and circumstances possible. Gratitude to our friends and opponents who made us what we are now or what we have been, – who shaped our response, – those who were “our teachers” in both the right and the wrong things.

The Freedom Fighters in the US shaped the future for equal rights among black and whites. This shaping of the future was not without violence and cruelty. Non-violent struggle did overcome racial segregation, like it did overcome apartheid in South Africa with similar forces in action elsewhere many years later.  Again however, not without violence and cruelty.  People beaten, shot, disappearing, often at young age, – by their opponents. But they did overcome, marching up to freedom. Freedom land as a way of achieving, not the final goal, but a way. A way with violence to be avoided, – where possible. At least by not provoking this violence.  What we give we tend to receive. If we answer all violence with violence it makes us all blind and there are smarter ways, – ways being less destructive and more effective to bend sweltering injustice into a strapping justice of different sorts. It is the way of violence to be avoided within all reasonable dimensions.

Like the US was trying to control the status quo in the 196o ties,  South Africa was trying to defend the rights of minorities by compromising the rights of majorities. Many countries are still doing the same. But the non-violence movement has been neither restricted to the US nor South Africa. And still we benefit from such a movement, and the movement needs to grow as it is the only way forward to overcome man made institutional and other dangers being difficult to control. If man made dangers can’t be controlled by reason anymore, we are at risk of being controlled by defeatist perceptions regarding  those dangers, with the risk those perceptions take over at a cost of man made opportunities we have. The power of a non violence movement need to be able then to show greater leverage than the power of senseless massacres or decisions to go this direction.

Where the choice is made to make peaceful revolution impossible, the alternative however of a violent uprising is inevitable.

Peaceful change with the least possible violence is the way to overcome. A movement which should grow from Syria to North Korea, from oppressive regimes in South America to similar regimes in Asian countries. But the means by which the movement for change now tries to break through is by no means the same or fitting the Gandhi/Martin Luther King or Mandela legacy, – seems to evolve more dangerous even and perhaps more deadly. Often leaders now responsible for venom being injected to paralyze it’s people in fear, and not to speak out anymore.

Bloodshed and massacres do not seem to stop and the question is what sort of good may come out of all of this and what sort of “reason” people or countries may come up with , without making situations at various places more explosive.  Whilst some people may feel gratitude for both the past, the present and the future, the question as well what sort of “gratitude” people may have at places in the most difficult circumstance one can imagine,  – situations like we can only recognize from war’s we have been able to leave behind. The gratitude to live for some might be replaced by the gratitude to die for others, which is the worst of all gratitude as the last gratitude we should have is the gratitude to live. And this is the preferred gratitude we should be able to share and to contribute to, if at all possible.

It is this almost complex manifestation in nature as well, that life often comes at a cost of other life, –  whilst as human beings by nature we have the gift by choice. The last in general to change the dynamics of hate and destruction into the dynamics of a reasonable peace. Not an ideal peace perhaps. However, combined with more justice, at least the most desired option within the reasoning of our human options.  As long as we have such a desire and imagine the implications in the best possible ways, – we may attract positive outcomes if those ripples of hope are shared at the best possible frequencies of our human dimensions. With this shared gift we can change and “overcome”.

Liberation is only possible by ordinary people doing extra ordinary things by non-violence. The power of ordinary people can keep a dream alive, can move governments if so required, is able to resolve some of the dangers of war and all-out violence. Is even able to “move” people who lost their dreams as due to even an overload of prosperity. The other way around, – so to say, as people can “sleep in” through prosperity, being blind for what is going around.  However, whilst the broader movement of non-violent action resisting what persists along the lines of injustice of various kind, the question is whether the non violent approach as a starting  point is always possible to be continued under all circumstances as part of the process of liberation? 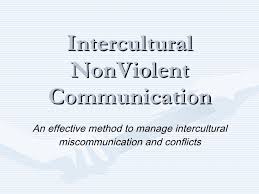 If we look at history the answer is simply: No!  Without violence it was not possible to remove Hitler and his followers. Without violence it was not possible e.g during WW2 to protect the Jews in various countries like e.g. the Netherlands, where resistance groups had to target Gestapo Officers responsible for the transportation of Jews to concentration camps, and likewise had to target collaborators who worked with the Gestapo. Without the perseverance of Brittain and the support of the US Hitler’s “Third Reich” would have had free play.  It is just an example. And there are far more and other examples as well. However non-violent action to bring required change is the most favorable and most honorable way to add to peaceful dynamics which may last. Perseverance is more prevailing than persistent violence

Let’s be grateful that despite tears, pain, hardship and even death, – history showed the growing seeds of forces turning against evil and overcome destructive powers. Therefore, still we can say “we shall overcome” even if we are not allowed to see the promised land, – we shall overcome.

Even with our confined days on this earth we have the choice to try to reduce destruction and improve life and the circumstances of those who needless suffer as due to the choices of evil powers, the last which should not to be tolerated in our times. Powers which are due to be eliminated as due to the risks they impose on humanity.

Time is slow for those in need. Time is slower for those who are desperate and time stands still  almost when people lose their loved one’s in ongoing violence. Violence  eg in Sudan, Syria, Iraq, Gaza and other areas… Protecting of self-interest when under threat as a country is one thing. However, this should be reasonable and within proportions.  Being the captives of perceived national security threats and not being able to reach out to the voices of crippled people under the brutal forces of any military powers or secret police at times, – is hard to tolerate in a world which has been faced with so much pathological violence before. And whilst time may be slow, here  time is of the essence to resist this,  as morbid powers are not allowed to take over. 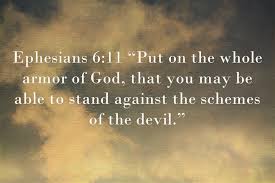 History did teach us many lessons in what works and also things which do not work, and we can be grateful for this.  However the highest appreciation is not utter words only but to live by those lessons, to live the gratitude for those lessons and to pay tribute to those in history who did contribute to more justice and gratitude and peace for our times and all times, – even when there are still areas on this planet where this is not felt at all. 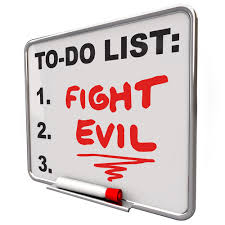 We live in a world with increasing injustice, the last even within institutions,  – a venom if not eradicated!

Though we are limited in our endeavours, we shall overcome one day, .  as long as our dreams do last, .  as long as our unaffected efforts do not rest, .   as long as our mind conceives and believes, our gratitude does not cease, and we as people are able to fulfil, . in a way which lifts the burdens in and around us and makes us free.
–
Let us raise again in this dream, as to never forget, …as this is the reality of life where all men are created equal, – but most being surely more unequal through the far stretching differences and circumstances of life,  – the last for certain not always by choice.

Therefore, –  again, and more than ever before: resist in truth what is wrong,  and persist in truth what is good  whilst protecting live as worthy as possible.
–
We may have fallen with our feet trodden beneath the dust, but we shall rise up again. Reminding ourselves that our lives depend on the labour of others and that we have to give in the same measure as we received, taking things day by day and step by step, – knowing that endurance is more powerful  than ferocity. 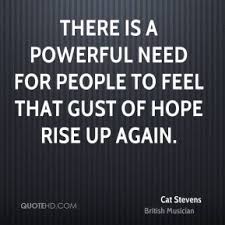 Knowing as well that there is a place and time for the fullness of real gratitude,  and that amidst the corners of history’s shame we shall overcome one day,  as the wall’s of hatred and prejudice have been broken then, –  and mercy may prevail for our time and all times!
–
Thanks!