My mum and dad met during the 2nd world war and whilst my dad was actively involved as one of the leaders of the “Flying Brigade” resistance group, my mum was dedicated to her role as a “courier” for this group. Many messages and documents went as such from one group to the other. Intelligence about German defence systems across parts of the Dutch coast line passed as such as well to  Allied Forces in England.

Both my mum and dad were the only survivors  following someone  betrayed the “Flying Brigade”, and this fate, this coincidence actually, determined the road to their marriage – which ended some 26 years after the 2nd world war.

In retrospect my parents were good and decent people and though their relationship with each other had such imperfections that it could not sustain, they tried to live life as good as possible. They made an impact in what they provided for their children and what they expressed in their own ways to friends and relatives.

I loved the walks with my dad in the forests near Haamstede when I was young, as he always told me about things of interest and he showed a lot of interesting places in Zeeland, like eg  particular spots at Zierikzee and Middelburg.

I still see my mum cooking in the kitchen of our house in Haamstede on the hot summer evenings, with the evening sun shining through the side window, and children sharing the table after playing football.

The owner of the little local Foodland at the time (“Van Dijke”/ van Dike) was always kind enough to bring a supply of shopping home in those early days, or bringing e.g. a new gas bottle.

I was really fortunate enough being born within comfortable circumstances. No matter what the difficulties were at some stage,  no matter what the challenges were when I was a teenager,  where it really comes to in life  is affection, respect, encouragement and good examples   generating the sort of strength and love – which is essential in life, besides meaning.

Personally I  had many good examples, both nearby and far away. Still do I have warm feelings for all those people for what they gave me during various moments in life. This appeared often in little things and most of the times they were not aware. It is one of the mysterious things in life of what we give  to each other without knowing it, and the impact it has at times. Sometimes this happens during trivial circumstances and simple encounters, – sometimes this happens during  vital moments within our human endeavours. Moments with seeds being planted in our hearts and minds,  and wisdom – at times many years later – growing through the grace of God.  In my case there have been people I never met who made an impact.

In moments of reflection we may look back at the colours of our own life. For each of us they are different. If we are lucky,  the colours may get warmer when the years pass by. However not for all of us do the blend of light and the peace of nature come together, – like it may happen e.g. in those late sunny afternoons where the mix of circumstances and light do create an inner peace with whatever we experienced in life.

Both my oldest and younger brother are still alive.  One brother, 4 years older only, died suddenly in 1999.  His name was Tjakko.  Among the brothers he was perhaps the “lion” of the Wolves,  both fierce if required but also kind and generous. We played a lot when we were young and apart from some rivalry there was always encouragement and support.

Many of  my childhood memories go back to the town of Haamstede at the lighthouse, where so often we went on holidays during the summers in the company of childhood friends. Like my dad,  – Tjakko later went to study law (in Utrecht). It was within reason perhaps to suspect that he did consider a career in politics at some stage,  but the political dynamics in the Netherlands did not really appeal to him, neither was he attracted to courts of justice. At young age he became director of a road construction company. Both as a result of this and his investing endeavours in property he became quite prosperous in Haamstede, where he lived for years already.  Before  he died he was able to reconsider his options in life as he had the type of wealth he could afford this. He was not the type of person who would be happy with an easy lifestyle as he had a degree of restlessness making him to seek new endeavours. Three days before he died we had a last telephone conversation in which we discussed a family reunion in the Netherlands. I was living at that stage with my wife and children in Scotland. When we heard about his sudden death on monday, we  traveled as soon as possible to Haamstede to be part of the funeral preparations and share with the family in sadness, together with his wife.  They had no children.  Quite a number of people were profound devastated.

For various reasons his life was an unfinished life, – he died far too early.  – Still I do remember sailing with him at the lake near Veere (Veerse meer) in the county of  Zeeland, both with him and his future wife at young age.

Some years between the age of 16 and 18 I spent with a lovely foster family in Apeldoorn. I was able here to finish secondary school as only this environment provided the support being required at this stage in life to help me with some attention & concentration issues at school. This was a somewhat different environment than I was used to. Quite an artistic and warm hearted family actually.  There were 3 other children, all a bit younger.   Wilgert, the oldest, died at the age of 25 in Groningen following an accident with a bus, one of those terrible moments where a split second of lacking perhaps the required concentration to avoid pending danger proved to be fatal. 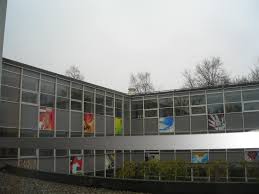 Five years ago we went for a broad family reunion and stayed obviously in Haamstede, – besides travelling to Scotland and see old other friends. Having had the opportunity to live so close to the sea in Cullen,  in-between Inverness and Aberdeen, was a great experience for both my wife and 3 children. Together with their friends, our children often jumped from the harbour in the sea. There has been always something special with Scotland, the country of both “the high road and the low road.”  Very special as well was both our stay in England and South Africa,  before this.

When I was 4 or 5  I was hit by a motor bike whilst skiving off preschool, – on my way to a friend’s house.  Can’t remember the impact but when I woke up there with many faces bending over me, but I lost conscious and woke up days later in the hospital of Goes, in the county of Zeeland. Considerable head injury and an open fracture of my leg was the verdict. My poor pre school teacher Miss Mathla was possibly in trouble as young kids are not supposed to escape from preschool. I could recover that summer in Haamstede but it was not the most pleasant holiday. 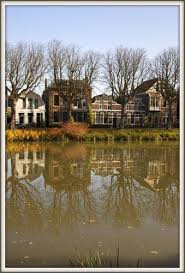 Funny enough I still remember some preschool events and St Nickolas arriving by boat in the harbour of Goes. Goes was a great place in my perception and I was sad for days with the prospect of moving to Apeldoorn, if I knew what sadness was in those days. At least I did not like it.

Adapting to Apeldoorn took time. The school was different, likewise the culture. However, also there were friends at an interesting primary school being called the Sondorp school, named after the previous school inspector. There are many stories about this school and my old school mates have many memories as well, last but not least about the head master. He made the school what it was with pride, but on another note he often used his hands when kids were naughty, or when “he thought” the kids were naughty. He reigned with a vigorous regime, not rarely at a cost of the children. Practices as in those days at schools would not be tolerated today and it always puzzled me why my dad did not make the required efforts to tame this man, – but it would seem that the other teachers did respect the way up with his approach. He became the victim of his own attitude and one day -(so I was  led to believe)-  a mob of teenagers were waiting for him.

We had a good class though, – at the time of this headmaster, united in our awareness of the daily potential dangers. Some pupils were  however more at risk than others. My performance was seriously not that great with this teacher in the last class of primary school, whilst with some other teachers before I worked hard because they were really nice and genuine.

The first part of secondary school was not that good. Often in trouble with teachers. The school system at that particular school at the Church Lane (Kerklaan) in Apeldoorn, next door to the swimming pool, was less than inviting or stimulating – the least.  It went somewhat better at a different school but I think my mind was a bit preoccupied with other things going on. Things were not ideal at home.

Matters profoundly changed after finishing the Teaching Training College in Amsterdam,  after passing an entry test for the medical faculty. I found direction.

Being able to do the medicine study in Maastricht, the most beautiful city of the Netherlands, did open various doors to the future. The city was great for students who liked the outdoors as e.g. rowing on the Maas, or climbing rocks in the hills of Belgium.

Life evolved further in Sneek, the county of Friesland. This as part of a hospital job which combined General Surgery, Obstetrics and A&E.  It was reasonable preparation for working and living in Venda (South Africa), which we did at Siloam. 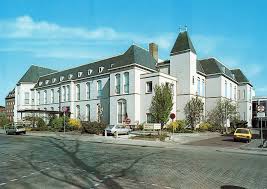 With England and Scotland in between, we arrived 10 years later in Australia….. 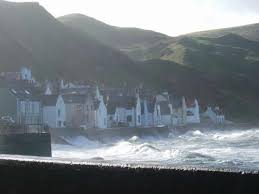 We all may have our specific mission or goal in life which provides fulfilment, despite obstacles. No matter what can be taken away from us, still at the end we have the last choice within the given set of circumstances we have.

The lighthouse in Haamstede was built to give light, was built to endure burning.  I still have this picture in mind and it has a meaning for me. Lighthouses do not move, they give direction.