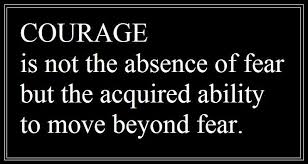 “Courage is the discovery that you may not win, and trying when you know you can lose”
–Tom Krause

…We thought about it and we spoke about it for many years already and It has gone through our minds, perhaps someway for ages.

Not for everybody but for some.

Often we did see the examples in day to day life and we admired them wishing it could be our own, – less often we did read about it, in the papers or in some books perhaps, – besides from what we were able to see on TV, in documentaries or on DVD‘s

Do you remember the question going through your heart and mind as well?

Did we fail at times that we were running low and progress was slow, did we fail at the times we forgot about it as things seemed well, and there was perhaps no reason to ask again, – or to raise again the issue of character and courage?

Yes, – it is, as trying to get to the bottom of the question of character and courage a fair assessment is required.

We like to be true to ourselves as well, but not always are we true to our real self. As I said once, freedom and choice are indivisible and need to be earned and conquered each day,each week and each month, – and the sum of those efforts may work in favour of both our character and our courage. Both courage and character are indivisible as well, – like so many things are related or interrelated.

Whilst the secret of happiness is perhaps freedom, using the gift of choice the greatest potential, – the secret of freedom is courage. The last implying being able to make the right choice under any circumstances. 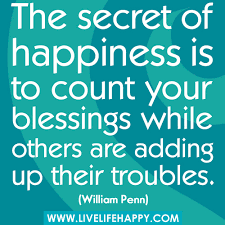 A matter of character as well.

For sure any of us will have our weak moments as long as we raise when the storm sets in, – even when the storm imposes a strain or challenge on our position or principles, – when it imposes a risk for ourselves, our future and other things perhaps. When the storm comes the leaves may fly away as long as the tree stands firm, and when the storm settles, like so many storms, – the tree may start a new season as no storm will leave nature unmoved. It’s part of life, – it depends how we are grounded, being firm in our convictions or weak in our principles.

There are many small actions of character and courage, often shown when “we feel like it” or were “in the frame of mind” to do so.

Those actions are neither dramatic or huge as the actions of those leaders who at the right frame of mind, at both the right place and the right time in history, were able to turn events in favour of greater change for humanity, – nor are they as dramatic as the courage of the last moments when we are facing death.

Speaking about the very last, – this crossed my mind when a young woman in her 40ties got cancer. Her family around her and her older sister were there when her time came. They had their memories, laughter and sadness, but when she died it could be seen that she went back to her own Creator. She took her death with peace as she knew she went back where we all came from, despite the agony and pain at times. When this happens in your family, losing loved ones at young age, – you realise there are only a few things in life which really matter. It’s a small thing only to have been able in life to enjoy the sun, a small thing to have lived light in the spring, – to have both loved and done when we “leave our footprints on the sands of time.” And even those footprints will be wiped away as time evolves and little will be remembered, unless we showed both great love and courage. In this it’s all about the courage to love , the courage to live and the courage to leave a legacy, – besides the courage to face death when the last is facing us.

So courage again, in general, is important, – but the courage to love as well, the compassion of doing the things being both right and good at every point of testing. The courage to live life in such away as if every day could be the last one. This takes besides having a mental alertness to have courage, both in the simple things but in particular at times of adversity, at times meeting the facts of life, at times when it is required to go straight at things without dodging them. It means as well we have to pick up or seize the vital issue in a complex matter, without getting wounded by running away from it.

Long before he became US President, John F Kennedy did write a book about “Profiles in Courage“. A study of men in the historical and political arena of the US where they stood firm on their principles at times of challenge in either the US Senate or the House of Representatives (apart from some other area’s), – at times when crucial decisions were due to be made and the balance between conscious and public opinion or “public favour” were tense, at times when both the public and colleagues were hostile. 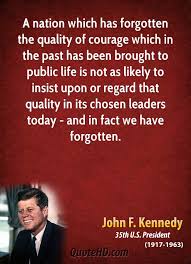 Courage is not about the past, it is about the future, – and therefore the examples of courage are so important.

The soldiers who save their mates at the battlefield at risk for their own lives, the people fighting for human rights and going into areas and questioning the areas of controversy at risk for their lives, the courage to stand up when it is required for either a good cause or in a speech when the real issues need to be challenged. But also the people who stand out to help those at times of disaster, – bushfires, massive flooding and earthquakes etc, – all often not without risk for own life.

The “New Frontiers” of Kennedy were neither East nor West, neither South nor North, – but in his own time as US President where he fronted the facts as they were. At the level of President Obama we find an untroubled spirit who tends to look at things in the face as how he meet them, and know them for what they are, – dealing with them at the right time and place.

Courage, – the combination of bravery at times, integrity more at times, – based on principles. And life is the arena where we are tested on those virtues, each of us at times under excessive pressure, rejoicing in hope, patient in tribulation and constant in praying, – for those who pray within the silence of our Creator. 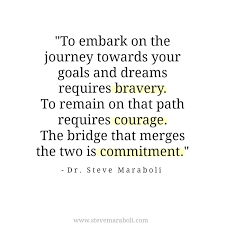 This is one of the dimensions of courage.

As Bob Greene once said: “You need to know what life you want (as well as what life you don’t want), then you have to muster up the will and the drive to go after it.”

This is courage as well.

Courage is like a diamond, “unbreakable”, with a hardness and the sort of light dispensing, – allowing to show people the various dimension of the light it reflects. As a gemstone it is a highly valued commodity, but courage in human life is an essential commodity, – not as highly traded perhaps but being graded as the one and only virtue at each testing point in life’s endeavours.

As the Roman poet Horace once wrote more than 2000 years ago: “Tomorrow we take our course once more over the mighty seas.”

Courage is “grace under pressure” as Ernest Hemingway once said, but it takes courage to raise the sails if the winds of grace are blowing, – and they don’t blow every day. At times it is easier said than done when the oil of daily life is going through our troubled sea of thoughts, as life may face some of us this way, – preventing to keep our mind smooth and equable. 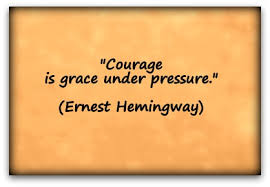 Tough times can come when we are at our weakest point, and raising up to be the “unbreakable diamond” we want to be may arise at the worst possible times, as we may be discouraged as human beings as due to ongoing misery, – as due to staring at the water without being able to cross the sea.

Blessed are those who keep our hopes up in those circumstances.

The circumstances when we can’t get into the mountain ranges as due to the desert where human feet can’t go, – as due to the ends of unknown seas when neither wind nor sails are the tools we normally use to find direction. Human life has those circumstances where there is neither boat nor sails, neither the morning breeze at a blue ocean nor the sight of a destiny.

Perhaps it was once there, but for some it has gone from their sight, – those being depressed under the most horrendous circumstances of both poverty and abuse, – deprived from education and diminished in self-destructive perceptions. 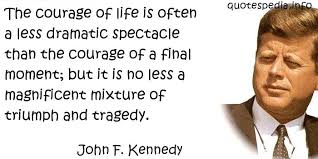 That’s life, – a mixture of both tragedy and triumph, both with implications and expectations, both with dangers and failures all around.

But still, as once the 3rd  US President said: “One man with courage is a majority.”

From that point it is true that the courage of “one man standing up for an ideal” as Robert Kennedy once said, standing up to improve the lot of others, others who suffer the implications of injustice, – is an act of courage as well.

The courage of helping those with neither hope nor courage. The courage to send forth the implications of peace, against oppression and resistance. The courage to build up a current in which people can raise their tiny sails on restless boats, – to cross the barriers and waters they have to cross to build a life for their own, both with value and dignity.

“The world is a lost place” as some would say, – however not for those who judge themselves on the contributions they have to make, and the goals they have to shape, – to improve the lot of others.

And then when we have to face death ourselves as part of an eternal cycle, – the question is not how much money we made. The question is whether we tried “to love our neighbour as ourselves” and whether we made a genuine effort to improve the lot of those who really needed this.

Indeed, when we are going back from where we came, the only one Creator, – our time has gone, our attitude has gone, both our joy and abundance have gone, – but what stays in the twilight of memory, in the actions of people we had an impact on, is whether our private chart during our discovery on both the earth and the sea did contain the light of spring: that we have loved and done, that have done and loved.

This is what takes courage, – courage in sustained ways, but also the courage of the diamond with that single strong reflection which holds everything together, – by sharing it freely from our heart and spirit, in whatever life asks us to do in all those things we need to do.

This is a question of courage and character, a question of encouragement or discouragement, – the question or ask to be a sparkling light as we have the privilege of a free choice to be this way. 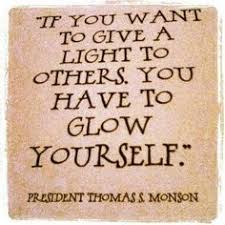 This is what matters most, the question of character and courage, – the matter of grace under pressure and the ability to make the right distinctions when the heat is on, – all this with wisdom and perseverance.