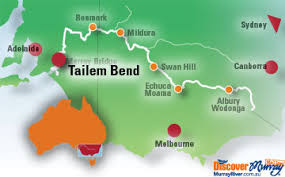 –
(With some variation on what I said today – this afternoon)
–
–
Ladies and gentlemen, Council and Community representatives,
–
Thank you so much for inviting us to meet together – for the last time in this place – both with Betty and me – and with those who served this Community longer than I did.
–
I only say a few words.
–

Neville, I did see you on TV last Saturday in connection with the Bend Motorsports Park, opening next year here in Tailem Bend. A great undertaking and exciting for Tailem Bend.

Garth Stein in “The Art of Racing in the Rain” says:

“In racing, they say that your car goes where your eyes go. The driver who cannot tear his eyes away from the wall as he spins out of control will meet that wall; the driver who looks down the track as he feels his tires break free will regain control of his vehicle.”

It’s a privilege to have been able to work here for almost 9 years, and many stories can be told. Perhaps in terms of racing I have the feeling that I met “that wall”…

I can tell you many stories, but there are 2 rules in life..

1. Never give out all the information…

I forgot the second rule… by the way.

GP’s in small communities are at times subject for discussion. Mind you, we had a few here, and people in communities like to chat about us. But the wives or partners of the GP, are rarely at the forefront.. often they try to adapt in a new environment, trying to find their own way.

You know, she has far more colour than I have.  Whilst I was in “a race” with SA Health,- she has been active in art classes for groups of people with mental health  problems in Murray Bridge, – and an art class for elderly with dementia  as well… You know, what struck me is that she managed to get people talking about e.g. their experiences in a Japanese concentration camp – for the first time in their lives.

That is winning the race you know, – what art and creativity can do!

Actually, – I should have done the same, because – then – in the best possible scenario – I would have been able to be more creative – to convince  SA Health to take my offer on board to guide an overseas trained doctor with 2 years post graduate medical experience in a rural area like Tailem Bend, and at my cost. But the offer was declined… The point was this doctor was not considered to be qualified enough in line with the current restrictions on overseas trained doctors, – but strictly, this doctor did qualify! – Mind you, if this doctor would have been taken on board in April, – the level of supervision would have been at large lifted by now.

I did ask them as well to change the way of advertising as the quality of the opportunity in Tailem Bend did not show the way the after hours cover was arranged. Quite vital actually, but this advise was not taken on board.

I went to a recruitment agency myself in Adelaide, and they were happy to do realistic business with SA Health. SA Health however not with them.

People always get a second chance. I will visit my daughter next year in NY. She works for NBC and is now broadcasting what we are doing here. (Just kidding folks!!) … But when I visit her I will do some acting classes in a “Studio of Acting” in Manhattan and when I come back I will speak to SA Health again about the Tailem Bend health care situation, with more creativity than I have done earlier this year . You know, they loved my creativity – but they did not buy all my art.. We call this budget & safety restrictions…

The first advertisement for a second doctor in Tailem Bend, did not arrive before mid July 2016. This almost 6 months after it was known the previous doctor would not work anymore. A considerable delay.

1. Never give out all the information…

In a way I  am just kidding.  And don’t get my sense of humour wrong.. I may take perhaps a bit the Micky out of SA Health management, but the regional managers were really great, and I owe them like I owe the many people I worked with. Both the staff in the practice and the hospital.  Often so pleasant – with a good sense of humour. We all like good stories. The nature of good stories is that they bind people together, and that’s a story on its own….

You know, I worked almost 9 years in this town. Both the practice, the hospital, – including an A&E, Acute Care and Aged care. The last half year at large on my own.

I was myself really ready for change. I declined a job offer in April elsewhere to sustain the healthcare service in Tailem Bend. Hence various background activities to try and help to solve the predicaments.

Because there was no prospect of a doctor coming this way and working for long weeks, often on my own, – I decided myself to move on……NOBODY is to blame for this other than myself, …if there would be any doubt.

But when people say I walked away from the healthcare service, I can only say that they have to go to SpecSavers because they may be “short sighted”…

OK folk, enough about this, – it’s all water under the bridge, – and there are more important things in life..

“The only certain freedom is departure”, as Robert Frost once said. Robert Frost was a wise American poet, known as well about “The Road Not Taken”.

I could tell a lot about Robert Frost.

But I would like to use him on a different note The fact that the larger part of rural Australia is facing an increasing draught in medical services because the Government support is not there – by closing the door for overseas trained doctors…is a different story. 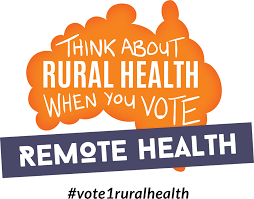 That’s departure from sensible policy – as such policy is not sensible – and is causing an overload on already strained hospital services in Adelaide and other larger cities.

It’s all part of a policy of centralising medical services. In 10-15 years down the line people will realise this has been the biggest error of judgement in terms of healthcare policy. If a Government is increasingly unable to look after the healthcare needs of the countryside, – how are they able to look after their own people?

It’s a reality which can’t be ignored!

But apart from this I would like to say this, – to the people of Tailem Bend, – to both Council and Community:

We know that change is part of life, but that in all of this, –  our response is as important – as the problems we face.

At times this means departure from inflated views – and take people as they are…. and help them creatively the way they could be, with compassion.

Let me say this: ” Don’t pray for easy lives, but pray to be stronger people during adversity. Pray to be that strong to stand resilient against all odds!

That’s ….departure from an easy life.

That’s …departure from.. being divided:

In my departure from Tailem Bend, – I wish Tailem Bend to take the high road …as it has done in the past.

Therefore I say: forget about nitty arguments and differences in opinion, – but stay TOGETHER – strong as a Community – and don’t shy away to use those politicians – who understand the needs for Tailem Bend.

Folk, – EVEN the “high road” is free to block “the low road” –  if they want to close the hospital again.

Never allow the frontier of free healthcare for all – to be closed in the countryside.
–
That is really winning the race – you know. That is really winning the race.
–
My own race is a different question…
–
Thank you so much Tailem Bend for the privilege to be your GP for almost nine years!… I met so many interesting and generous people,
often with lots of grace. And those characters will stay with me, always.
–

–
Thank you so much!
–
Paul Alexander Wolf