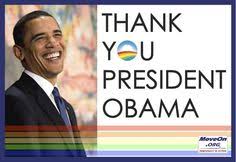 Do we ever get such President again? 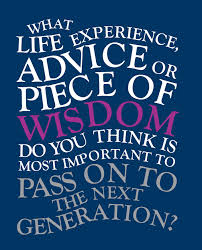 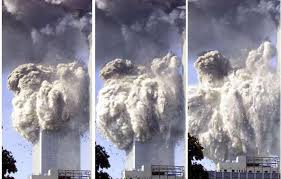 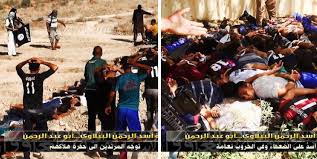 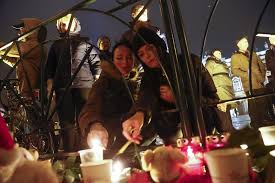 What does a vision do?… Vision is the ability to see.

Helen Keller was asked, “Is there anything worse than being blind?”.. “Yes,” she replied, “having eyesight but no vision!”
–
Leaders with myopic vision are so shocking near-sighted that they live only for today. Their vision of the future is murky. They can hardly see beyond their noses. Under pressure they
might be hallucinating.
–
Leaders with peripheral vision are blindsided by side issues and they get carried away with the waves.. This was e.g. the end of Lyndon Baines Johnson, whilst other US Presidents who went to war were washed up as well in US history, – trapped as due to gross injustice in
some of their misguided considerations.
–
There have been only a few justified wars in history and being able to make the wisest distinctions at the time  of greatest danger is a contribution hard to select..
–
But among the existing candidates for the 2016 US President elections is there likely any candidate to impact the US and the rest of the world this way?
–
The pending 2016 US Presidential elections, at this stage only, seem to bring forward Donald Trump and Ben Carson as the potential Republican nominees.
–
Hillary Clinton seems the only front-runner for the Democratic party..
–
One could disagree at some extend on the political views of 44th  US President, but no one really can measure up with the current US President in terms of bringing back what the US Presidency is supposed to be, – after the George W Bush Administration.
–
Rather than building up momentum for an increased quality, the greatest democratic Republic in the world seems insignificantly able to apply any approved quality criteria designed and being helpful for selecting a  first-class candidate for the US Presidency. Worse actually,.. no serious efforts are made in any party to build up and equip the most likely candidate in front of the public eye.
–
The choice for the American public, as such, is outrageously poor. The last in part because systems of some increasing dysfunctionality  got the better of the United States House of Representatives,  and the general public seems to be so fat up that they start to prefer outsiders with no experience at all.
–
Whilst any new US President needs to have time to get familiar with the new job and with all the responsibilities, having no relevant experience could be a national and international security risk.
–
The United States had 43 Presidents and the 44th has still a bit more than 1 year to go. Of all those Presidents only 3 had no political experience. They were Zachary Taylor, Ulysses S Grant and Dwight D. Eisenhower. who took office without political experience. However they had high-level military experience to make in part up for this..
–
Having said this, the experience G.W. Bush had as Governor of
Texas did not protect the US from major adversity.
–
Hillary Clinton at the age of 68 has enough experience. She served as Secretary of State during President’s Obama first term, in line with her agreement to do this for only 4 years. This demanding job left her somehow exhausted and from this perspective one would assume the job as US President is even more demanding.
–
Regardless her level of dedication, for sure at the age of 69 or 70 near the time of being potentially elected in her case, – the risk of being less stable on “the mountain top” is quite obvious.
–
Cognitive decline caught up with Ronald Reagan at the end of his worthy presidency.
–
Worrying, .. as lots of things happening in the world depend in part on “the US response”. Having no experience or being of retirement age is not the most suitable situation for a potential President-elect. Not to speak about the people who are dependent on significant executive decisions.
–
Wars by major misjudgements are not things only from the past.
–
There was e.g. hardly any American justification for the invasions of Afghanistan and Iraq..  After 9/11, the US led a coalition with other countries in a highly unsuccessful campaign to destroy al-Qaeda and other militant Islamist organizations.. Unsuccessful, as the more vital substructures are demolished on such a pathway, the more you open up the gates for terrorism..
–
ISIS massacres now in Syria are of the worst kind ever perhaps, with the sad thing at present that it seems to attract infectious support from all sorts of unexpected places. Even in western countries.
–
If the US response after 9/11 would have been different, the security risk for the US and the world would have been unalike. The migration problems in Europe most likely would not have happened.
–
Major decisions can have domino effects for both the better or the worst.
–
Hence quality leadership at the Executive Branch of the US Government being vital with good judgement and insight.
–
Robert F Kennedy after the Cuban Missile Crisis noted that at the time there were various opinions on the right approach, all from dedicated people. However, a different approach than was taken would have caused a nuclear holocaust, as the Russian missiles on Cuba were already loaded with nuclear weapons and the instruction was to fire them if the US would attack Cuba…
–
Wisdom, moderation, insight, courage and at some extend
compassion are important ingredients for the US Presidency, – besides experience and an ability keeping the right balance in the midst of different opinions within various groups of advisers and security meetings.
–
The use of power amidst a variety of leaders is a major issue in this world, and often comes at a cost of innocent lives. Whilst the war against ISIS needs to be radical and swift, – any other war needs to be considered on its justification as the world is already troubled enough, –  and side effects of any war are often with exceeding difficulty to control.
–
Any major error or decision to go to war may have domino effects, neither being possible to predict nor to control.
–
Whilst no restraint is possible anymore against ISIS, –  the most resourceful approach is required to eradicate this affliction.
– 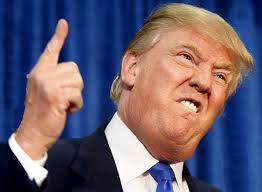 –
The agonizing lesson out of this is that any major war will bring total chaos in the affected areas.  It  is a warning as well for those nations exercising armed  field-tests with a view  how far they can go, – in testing as such the military muscle of others. It is pointless and dangerous as any major incident may escalate a range of events out of control.
–
Hence good judgement and experience are vial requirements for any US President, as the last needs to balance the military views or even ignore the military recommendations since the military recommendations are not always correct.
– 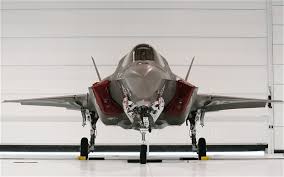 –
A US President needs to have grace under pressure, both on domestic and foreign policy.
–
We are at risk of wars by major misjudgements. The road to voracity marks the scars of humanity far more than we think.. and there is no one else to blame than the nature of human race on its own. Hence the greater judgement to improve humanity and not making it
worse,  being important to stay at the heart of the US executive branch.
–
If countries are getting more inspired to get the records straight on maintaining peace and mutual cooperation, they are at the lesser risk to become deceased nations with citizens and  common civilisation largely extinct.
–
This is just part of the greater justice towards the next generation, which we have to carry over.. The generation which will inherit this planet. A generation with new leaders on a planet where we all share both the darkness and the light this may create, now and in the world to come..
–
We may hope that the US may get it right with the  2016 US President elections.
–