“…………..each of us can work to change a small portion of events, and in the total of all those acts will be written the history of this generation” “If we believe that we, as Americans, are bound together by a common   concern for each other, then an urgent national priority is upon us.  We must begin to end the disgrace of this other America.”

Looking at very recent  events in the US  on which many African-Americans, – besides others,… feel at least discouraged as a result of specific police injustice within US systems of authority, – one may say, on a more positive note, that despite this injustice, much has been achieved over the last 50 years.
–
This to start with..
–
However, racial prejudice, which is the issue here, is still  at the heart of a number of citizens, and some US institutions.. It resembles the roots of an inflated past.. a past, – coloured by bloodstained violence.. 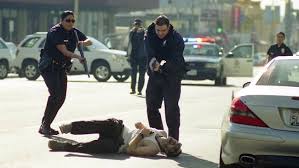 Yet, again, – in certain areas of the US, – there is a police force still, without optimal correctional systems when African Americans are shot or killed by the same police… The last, evidently, whilst those people did not impose a real threat.
–
Worse is when tribunals then fail in their verdict to seek real justice, – or when courts fail to come up with measures of prevention & restraint in the future… The quality of justice in the US seems to be met with more obstacles when it applies to African American citizens.

For two and half century this country has battled to overcome the self-imposed disadvantage of intolerance, prejudice, injustice and often hatred, – largely based on social class, nationality and race…. In the last almost 50 years measures to improve the quality of African Americans  have been in some ways profound, but in other ways still insufficient… The realities often show the remnants of a tainted past.
–
Whilst still millions of African Americans, along with many others, did not receive the training for simple jobs, – many though,  live in so called 3rd world conditions, – and for all of this many things are outstanding as part of a progressive movement to the next chapter in American history.
–
Still, with the legacies of Martin Luther King and Nelson Mandela,.. the growing legacy of President Obama as well,  – one must look at the best possible legal ways to overcome those predicaments in a country which is still somehow divided by the nature of it’s history… A country with almost various different societies in the only one US.
–
As such, – sustained acts in the positive are better than social unrest in the negative. 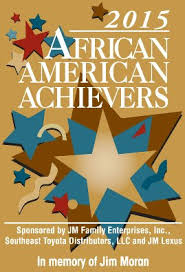 One may say this might be the learning experience looking at recent events surrounding the circumstances in relation to both the Ferguson case and that of Eric Garner. ..Both died as a result of disproportionate police force.
–
Unfortunately African Americans, citizens in the US, are more on their guard with the police force than anybody else -as they seem to be more “at risk”- .. and regardless the fact that the police force has a vital function in regards to the protection of US citizens, – undeniable there is still considerable institutional prejudice against those African-Americans on the street, – ..both at night and during the day.
–
The late Senator Robert F. Kennedy, – apart from many other things, – was perhaps best known for his African-American Civil Rights support.. He spoke in 1966 for an enthusiastic group of people in South Africa on the ability of each of us to change a small portion of events in favour of positive changes in society… And referring to what he said on that occasion, – I would like to say a few words…

A few words only, – as his concern for his country and the world, – the often senseless violence and injustice, still applies…  Apparently still  echoes in the present day, and it seems so easy to get caught up into it, – just as easy it is to retreat from it into isolation… Likewise, – still applies somehow that to cheapen the civil and human rights of any group of citizens on the altar of injustice, imprisonment, or any sort of violence, – cheapens the lives of all citizens, – including that of ourselves.

If we turn a blind eye to all of this out of fear, .. if we allow the detention of our own selves with the other eye, –  the silence this shows against all this will not be merciful to our blindness to our fellow human beings, – whether they are black or white.
–
Where we have the choice for the better,  … we have to stand besides those being put in the shadow, – as our own shadow will fall short as an inner-light,   when we miscarried the required justice, – when we miscarried the required care and respect towards our fellow human beings, – whatever background they may have.

Speaking out against injustice and using the free media is always the first step..
–

Failing humanity we can,  enhancing it we must, – both with reason and compassion, – as this is the standard for any progressive movement forward. 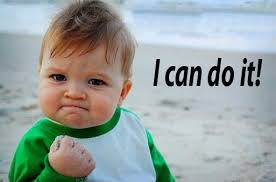 Only if by choice humans meld their perspective towards the protection of each other, including the will and the ability to live and let live, wherever the last does not come at a cost for other human life, and without racial or any other prejudice, – only then the heavy lifting can be done to help a different society waiting to manifest itself, an environment with more gentle and open-minded conditions… The realities might be often different but the dilemma of any authority is always how to realize proper and accountable use, – instead of thoughtless actions without sensible purpose… Authority, from this point of view, needs to meet quality standards in any democratic society, -and the prime quality here is fair justice. 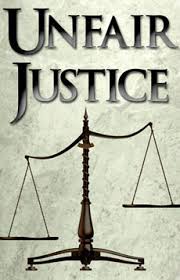 However, – no reason to get cynical or pessimistic..
–
The last did neither bring  a man to the Moon, nor did it release the Civil Rights Movement…Cynicism will never cure e.g. a disease, will never build a cathedral or build a business, or feed a young mind.
–
Cynicism about progress, even when there is misfortune or defeat   -like we see at many places in the world-    is simply a poor option and hope will always be a better choice. .. As long as the efforts support any realism within the concept of hope, – as long as those efforts support any realism within the concept of respect for human & civil rights, – and as long finally, support any realism on the topic to create the law enforcement a country deserves for the protection of all citizens…A quality requirement within potential further legislation passing US Senate…  Control mechanisms in place for Grand Juries to see the full facts rather than turning away from what everyone else saw… In this case one can’t blame the jurors, but the prosecutor who presented the case and guided the grand jurors the wrong direction. The last, regretfully, not uncommon.
–
Positive is that there will be a Federal Civil Rights investigation under the office of US Attorney Loretta Lynch
–
Neither trouble nor hardship, or hard work, should separate us as members of the same species in one country, nor on this planet, – and the failure to fully value black lives as white lives needs to be sorted at American soil, as part of a better Union still to be formalized where legislation is insufficient to make those things.. “as a matter of fact”, – so to say.
–
As President Obama once said during his eulogy of Ted Kennedy in 2009: ..”What we can do is to live out our lives as best as we can with purpose, and love, and joy. We can use each day to show those we are closest to us how much we care about them, and treat others with the kindness and respect that we wish for ourselves. We can learn from our mistakes and grow from our failures. And we can strive at all costs to make a better world, so that someday, if we are blessed to look back on our time here, we can know that we spent it well; that we made a difference; that our fleeing presence had a lasting impact on the lives of other human beings.”- 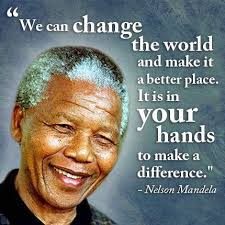 Let this – “treat others with the kindness and respect we wish for ourselves” , be our comfort, if we wish “to see”… As this most simple concept is stronger, eventually, than the injustice of institutions, – and the demons perhaps of those who are the prisoners of their own dungeons, – and fortunately not being the guiding forces of society…
–
For the police force applies that they need to be on their guard, – always, – but the assessment when somebody is a real threat is a critical one, and there is neither need to kill in any perceived threat, nor is there a need to use disproportionate force against African Americans who are harmless when an unprejudiced assessment is made.
–
This applies for any country in the world where the police force has to deal with the multi cultural background of it’s citizens and where prejudice might be an issue.. The difference is that both juries, guidance and prosecutors, – not to speak about “cultures in police force” and the general culture, in democratic countries, are recognizable contrasting.
–
Not to speak, this time, –  about countries without a historical heritage of being a Democracy!
–
There are people who say there are problems in Australia as well – (as I speak from Australia) – ..and the answer is: “correct !”… Australia has a significant past re the injustice on Indigenous Australian People… Australia has been always however a multicultural country… Still a long way to go ..!…and for sure not everything is perfect…But even when Australia is named the worst performing industrial country on climate change  -(as far as a recent report released in Peru)-  the divisions in the domain of multiculturalism are for sure less strenuous.
–
But anyhow, coming back on the world’s largest superpower…
–
….You know, – . – American citizens wrote a recent letter to the US Senate telling them they were a bit sick of this, – as the story goes on and on and many people have their own story. 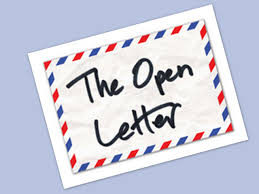 ..The American Senate did sent  a certificate of special recognition of “the founder” of the concerns being raised,
and the vote was 41 to 41. 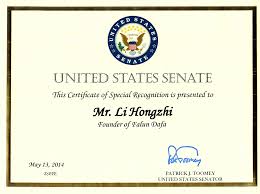 …By the way, ..this was after this year’s November elections for the US Senate…………..
–
>>>>>>>>( I’ am just kidding  here, but I hope everybody gets the irony )<<<<<<<
–
There you go, …for 2016, – with just 2 years to go for a new chapter in US Presidential history! …But real legislative powers will not change meanwhile.. However, courage in the use of Judicial power could be the testing point on various occasions now.

Let’s hope, … let’s hope  this works out well, – for all involved… As for the greater number of people in the US of all origins  class and colours applies that they simply want to live together, – that they just want to help their children grow up in peace and safety, – and that they just want to have basic harmony and justice for all US citizens. 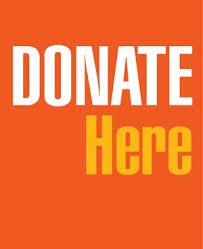