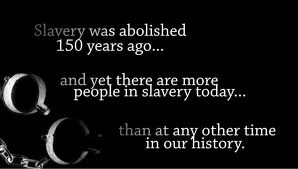 A 2011 paper published in The Human Rights Review  about Sex Trafficking, the trends, the challenges and limitations of International Law,  noted that since 2000 the number of sex-trafficking victims had risen while costs associated with trafficking had declined: “Coupled with the fact that trafficked sex slaves were/are the single most profitable type of slave, costing on average $1890,= each but generating $29000,= annually, leaded to stark predictions about the likely growth in commercial sex slavery in the future.” In 2008, over 12 million people were classified as “forced labourers, bonded labourers or sex-trafficking victims,” – as the study stated. Approximately 1.39 million of these people worked as commercial sex slaves, with women and girls comprising 98% (or 1.36 million) of this population. Trafficking as can be seen is a lucrative industry. It has been identified as the fastest growing criminal industry in the world.  It is second only to drug trafficking as the most profitable illegal industry in the world.

President Obama signed legislation for domestic federal contracts, and tightening anti-trafficking rules for government contracts. He praised businesses in their industry, church groups for using their faith to tackle slavery and people trying to make sure the products they buy are slave-free. He further said: “Our fight against human trafficking is one of the great human rights issues of our time, and the United States will continue to lead it.” The President also spoke about modern-day slavery in the U.S., from child sex slaves to migrant workers who have their documents taken from them. He said: “Last year we charged a record number of predators with human trafficking… We are going to do more to spot it and stop it.” 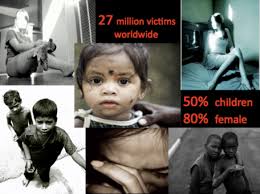 What he said should apply to each country, should be the responsibility of each nation, – the rule of each State to make sure there is proper law enforcement to irradiate this crime against humanity, – to ease the burdens of those who are forced to live at the bottom of a total unacceptable social and moral spectrum. A spectrum where the law of criminals rules, where people get abused and tortured for life, if they survive.
–
There are countries whose governments fully comply with the Trafficking Victims Protection Act’s (TVPA) minimum standards but there are many countries as well whose governments do not fully comply with the TVPA’s minimum standards. Some of them are making efforts to bring themselves into compliance with those standards. Others however do not comply with the bare minimum required standards and neither are they willing or making efforts to do so.

A White House news release recently mentioned: “More than 20 million men, women, and children worldwide are victims of human trafficking”. “Companies around the world are taking steps to end the potential for trafficked labour in their operations and supply chains, and President Obama is committed to protecting vulnerable people as government contractors and subcontractors perform vital services and manufacture goods procured by the United States.” “As the largest single purchaser of goods and services in the world, the U.S. Government has a responsibility to combat human trafficking at home and abroad, and to make sure American tax dollars do not contribute to this affront to human dignity.”

–
Why is this single issue so important?
–
This single issue represents at large the standard of any morality in any country, and failing to comply with the protection of human rights as such in this area is of predictive value as how the social & political standards of counties do evolve, – some of them simply ignoring and blind folded by the gross injustice affecting vulnerable people. Not taking any action against it is similar as allowing the world to become a worse place where cruelties within nations themselves are interlinked with the level of increasing moral decay of institutions where criminals have increasing free play. It is very clear which countries are the worst culprits in allowing this injustice spreading.
–
In 2009 it proved that seven countries at least demonstrated the highest possible performance in effective policies for the most significant dimensions of protection, even though those countries had problems on this issue as well. At least they did something. These countries were Germany, Australia, the Netherlands, Italy, Belgium, Sweden and the US. The second best performing group included France, Norway, South Korea, Croatia, Canada, Austria, Slovenia and Nigeria. The worst performing country in 2009 was North Korea, receiving the lowest score. The global extent of the problem is still horrendous. Thousands of children from Asia, Europe, North America and South America are sold into the global sex trade every year. Often they are kidnapped or orphaned, and sometimes they are actually sold by their own families, – a problem still tolerated by many countries all over the world.
–
Whilst there is still a  lack of understanding of human trafficking issues, poor identification of victims and deficient resources for the key pillars of anti-trafficking, besides identification, protection, prosecution and prevention, – the good thing is that the current US President is voicing his opinion on the matter. It’s an international dilemma and it deserves international attention. 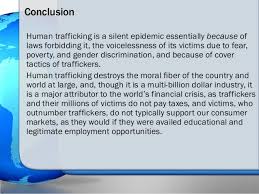 The ignorance of the violent past is inadequate for the even more stormy future if little is going to change on this important aspect of human rights. Whilst ignorance is able to multiply on thousand occasions ,violence against human rights is able to multiply on a million of occasions The occasion is piled high with difficulty like we see amidst a different scenario in Syria, and we must rise with the  occasion. We can’t afford to turn a blind eye against gross inhumanity across the globe without the last and final implication that at some stage we will be ourselves the victim of similar gross inhumanity, as where we allow others to fall we will degrade ourselves as well. People not being educated on the moral issues of our times are lost people, like a child uneducated is a child lost. 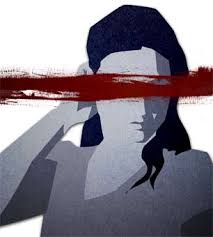 Progress in our general humanity is neither automatic nor can it be escaped, however the road towards increasing justice is as old as Methuselah and requires struggle and suffering, besides the  tiredness efforts and passionate concern of dedicated people who feel compassion, in  which all ethics must take root. Compassion only can meet its full breadth and depth if  it embraces all living people at the disadvantaged level of the human spectrum and  the fight against human trafficking is one of the corner stones of  respecting    human rights, – and international law enforcement on this issue should be at the corner of our international efforts as it is both right and a reflection of human justice.

Abolishing of human trafficking is at the heart of global civilisation as it will decide our approach on other issues affecting human rights, – both here and around the world!
–
Human activities during war-time may lead to war crimes against humanity. 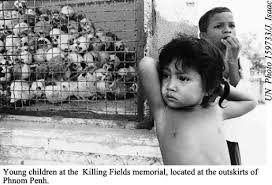 From my perception human trafficking is a crime against humanity and needs to be dealt with accordingly, without mercy for those who commit them.
–