“Ted Kennedy’s life is a reminder that much can be achieved by late bloomers; that you don’t have to have your career all figured out by the time you’re
25, 35, or even over 45.”

– Sarah Green in a post on Harvard Business Publishing.
–

His life was marked by tragedy and somehow recklessness perhaps in his early years, but change within himself  later in life  made him become one of the greatest Senators in US history. He went through personal lessons of resilience and agonising redemption, realising that he had to face his own shortcomings., – which he did. 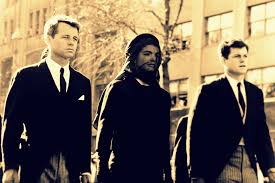 We have to make sometimes very personal choices in life and whatever triggered his change,  he started to reshape his life in his late 50’s making him from the age of 59 until his death a most fascinating leader – showing that leadership starts with self-control and responsible decisions. However not only this.  If we are fortunate enough in life to find someone who loves us for what we are,  we may be able to multiply affection and love by giving of what we once received.

Good leaders are just human beings as well, the last at times forgotten by the public and media.

The assassination of his 2 older brothers contributed to his first years of struggle and (hidden) heartbreak, – “Teddy” now representing his  “legendary” family following events in 1968.  However he really found a new voice whilst standing up for those not too well off in American society, showing to be a key figure amidst liberal principles.

Edward Moore Kennedy (February 22, 1932 – August 25, 2009) was the Democratic US  Senator for Massachusetts, serving almost 47 years. He was the second most senior US Senator when he died and the third or fourth longest-serving member of this college, being perhaps one of the most positive and powerful legislator’s in American history. 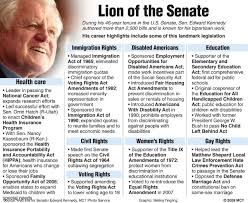 He was the last surviving son of Joseph Patrick Kennedy, Sr; the youngest brother of President John F. Kennedy and Senator Robert F. Kennedy (both assassinated in public service)  and Joseph P. Kennedy, Jr., the last being killed in action in World War II; and the father of Congressman Patrick J. Kennedy. After the assassination of his brother John an Robert he was for many years the most important living member of  the Kennedy family.

Kennedy’s New York Times obituary described him: “He was a Rabelaisian figure in the Senate and in life, instantly recognizable by his shock of white hair, his florid, oversize face, his booming Boston brogue, his powerful but pained stride. He was a celebrity, sometimes a self-parody, a hearty friend, an implacable foe, a man of large faith and large flaws, a melancholy character who persevered, drank deeply and sang loudly. He was a Kennedy.”

Following his failed presidential bid, Kennedy became one of the most influential members of the Democratic Party, and was later in the 1990’s called a “Democratic icon”as well as “The Lion of the Senate“.  Kennedy and his Senate staff wrote more than 2000 bills and more than 300 were enacted into law. Kennedy supported another 550 bills  becoming  law after 1973. Kennedy was most effective in dealing with Republican senators and administrations, sometimes even at the irritation of some Democrats. During the G.W. Bush administration, almost every bipartisan bill being signed had significant involvement from Kennedy. A late 2000s survey of Republican senators ranked Kennedy first among Democrats in bipartisanship, which should be an example for the Republicans (in 2011). Kennedy was committed to  the principle “never let the perfect be the enemy of the good,” and would agree to pass legislation he viewed as incomplete or imperfect with the goal of improving it down the road. Somehow different we see this with President Barack Obama as well. As long as it works for the better progress, often a good compromise is required. In April 2006, Kennedy was selected by Time as one of “America’s 10 Best Senators”; the magazine discussed that he had “amassed a titanic record of legislation affecting the lives of almost every man, woman and child in the country” and that “by the late 1990s, the liberal icon had become such a prodigious cross-aisle dealer that Republican leaders began pressuring party colleagues not to sponsor bills with him”.Even the Republican presidential nominee John McCain said in May 2008: …”[Kennedy] is a legendary lawmaker and I have the highest respect for him. When we have worked together, he has been a skillful, fair and generous partner.” At the time of Kennedy’s death, sociologist and Nation board member Norman Birnbaum wrote that Kennedy had come to be viewed as the “voice” and “conscience” of progressive America ( American progressivism). He worked on major issues of our time including civil rights, healthcare, the war in Vietnam, Watergate, and the quest for peace in Northern Ireland.

Kennedy’s passion was at times most powerful and contagious.  Besides this he was able to disagree on issues without making it personal. He was therefore greatly admired across the political spectrum.

What can we learn from him in terms of leadership, – without subdividing the issues too much?

1. “Stick- to – itiveness” and give it the very best performance. 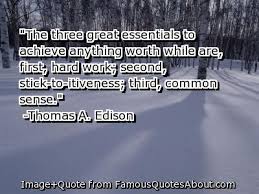 Whilst his performance at the start of his political career was a learning curve and subject for improvement he won his Senate seat for the first time during the Presidency of his brother, Jack Kennedy. He was perhaps in a fortunate position but for certain was he not “a celebrity Senator”.  He proved this after each re-election, especially when he began performing for his constituents and collaborating with his colleagues.

He had an unwavering tenacity and perseverance which did include in a steady pace mastering the details, studying and learning amidst changing issues.Kennedy rolled up his sleeves and earned his place, even through rough and threatening times. He continued planning , timing and cultivating a degree of patience. The reward for his “stick-to-itiveness” was that he knew he stayed the course by following “True Compass”

When Mitt Romney challenged Kennedy for his Senate seat in 1994, the crucial moment of their debate — which probably made  Kennedy win the re-election — involved Kennedy pressing Romney for the specifics on his health care plan, with Romney forced to  admit that he hadn’t worked out all the details. “Well that’s what you have to do with legislation,” the Senator replied. Kennedy knew the job. His career rewards followed from his service and perseverance to master the details to be required for progressive change.

Ted Kennedy faced various public crises which could have destroyed him, yet he proved to be resilient and able to learn.  He restored confidence in his leadership. The still-mysterious incident at Chappaquiddick where a young woman drowned nearly ended his career. Whilst showing at that particular time no courage and ducking accountability he bounced back by redoubling his efforts to do his job well. Even fumbling during an important interview during his bid for the Democratic Presidential nomination in 1980, he recovered by applying more energy and passion to his work in the Senate.  He was not perfect but he learned from his mistakes and became a better human being, persistent and committed as he was.  Besides this he never claimed victory for himself but was generously able to share credit

2.Find a purpose recognised by yourself as a very strong one. 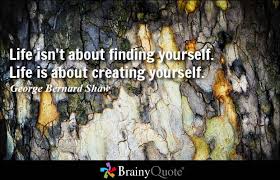 Kennedy reached a stage of mind  to feel that his live belonged to the community and his newly found values did suspend part of his ego. He rejoiced in burning up for the values he stood for before handing the responsibility for his course to the next generation. Ted Kennedy believed in public service as the best profession and in government to help all citizens getting their chance for a better quality of life. Once he found his voice and his core mission after overcoming some misery from the past his position and “Compass” were clear and often he spoke for the people who could not speak for themselves.  The goals were so important that he was willing to work with political opponents in the Senate to reach agreement on measures that served the people.He supported President Bush’s “No Child Left Behind legislation” for school reform.  The cause of children less privileged was that important to him that he rather would compromise and get a bit done whilst the alternative was no action at all. He took action by calling on higher principles which did resonate with principle centred members of the other party. He proved that his ability to compromise for a better outcome was a strength rather a weakness, the last based on ongoing efforts to build strong relations across the political spectrum. With at times an emotional appeal for what he thought to be right he was able to get the more intellectual minded on board from the other party. His emotional bank account on the Senate floor had a large surplus, he was well liked and well trusted on his views.

The hard-working Ted Kennedy was at heart a family man. After the assassination of his brothers he was the stronghold and the father for many amidst the larger Kennedy family, keeping people together, encouraging close to lost children, playing touch-football at the family compound in Hyannis Port and arranging  family outings to historic sites,-  apart from sailing away from the pier in Hyannis Port through the waters of Nantucket at the Cape. In spirit his late brother President John F Kennedy and Robert F Kennedy were always close to him and the love for his extended family guided him through tough times in his life. He was a role model for some of the Kennedy children and helped them with their own belief system and the power of the words: “I can” and “I will”. 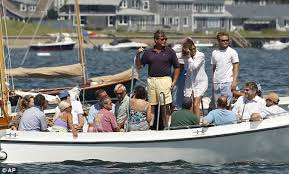 He did neither always agree with family nor friends but he was able to agree to disagree without losing his affection or staying amicable. Whilst being able to continue to be friendly and loving he was able to work together with a range of people, based on trust. He understood the power of being considerate  and friendly.

Did Ted Kennedy add value to life? Yes he did! He stood for the people who had no voice, trying through legislation to improve the living conditions of fellow citizens for many in his country. He made no major paradigm shift as eg Gandhi did with the perception of “non violence ” (under all circumstances). However Teddy Kennedy tried to mobilise the available recourses in the US Senate to help change at various levels. He stood by his principles but was prepared to listen and seek compromise for the better. He was a trustworthy icon in the US Senate working with an excellent team supporting him to work the required changes for the better. He was not free of mistakes and made a few but made good on them by getting a better person and sticking to his compass, which always directed him back to the original course of action. He had a mission, imagination and was both persistent and committed to give it the best performance, – at some stage not for his ego anymore but for the benefit of others. He did own up to his mistakes and learnt from them with a faith to allow eventually the higher power in himself taking over.

With his belief system Involving the will of giving and with his own trials and errors in life, he showed us: “Together we can, together we will!”