–
A few remarks on what happens in Europe. An increasing crisis with refugees.
–
Likely not the real crisis are the refugees itself, as a group, – but the related tiny fractions only who undermine everything what is the aim. And the aim was to help and reach out, and this should stay being the aim but meanwhile eliminating some dangers for society itself.
–
The question is what is the price of true values and what patience and efforts are required to reach those values. The values as well to give refugees a new chance in Europe. A new chance as well in the US. A new chance as well in Canada, –  or anywhere else where people deserve a new chance.
–
By endurance justice will prevail by cutting off those who make injustice and crimes the domain of their activities, like happened for instance in Cologne. We must continue to work for peace and reconciliation. We must try to reconnect with each other and open the frontiers to a different humanity, faced with the conviction we have to deal with so many issues  as mankind gets compromised. We have to try and cut any intercultural barriers and prejudice, – besides making more gentle the life on this earth.
–
But the last based on the principle of justice for everyone equal.
–
Never loose your spiritual freedom by becoming enslaved through dogmas, whether they come from a religion or any people being captured by the false sentiments created in the public domain. The public domain which includes an increasing number of dangerous agitators and right-wing radicals. Radicals who seek only one solution.
–
Always ask yourself what the God of Your (“real”) Understanding requires you to do in any specific situation and refrain from bringing harm to those who should not be harmed, – those who are innocent.
–
As such you are better off than any dogma’s. As such you are better off than any right-wing radicals. As such you are better off than following Donald  Trump, – who promised to build a wall between Mexico and the United States, –  and claimed after a shooting that he could kill somebody in NY, without losing votes.
–
As such  you are better than any ringleaders threatening the status quo by violence. As such you are better than Donald Trump and the “blindness” of his followers, – in the US. As such you are better off than Geert Wilders in this small  Dutch country, where his Party for Freedom resists anything what has to do with Islam or other “foreigners”. He has an increasing number of followers.  He says his movement is peaceful and democratic, – but Hitler claimed to be peaceful as well until he got the powers through democratic elections.
–
People, by the way, who never endured the violence in Syria or anywhere else in major “capitals of torture”, – are not qualified to speak judgment on all groups of ethic minorities.
– 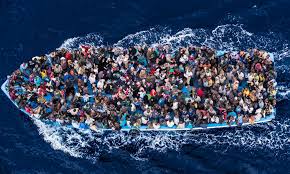 –
True wisdom comes with answering the question in word and deed where to diminish pain and suffering, if possible.. If children are learnt both at home and at school how to relate to each other in the best possible way, through forgiveness and learning to love, their relations in adulthood would thrive with more inner-strength, –  and a refreshed new generation would embrace better leaders than ever before.
–

–
They would be better able to deal with the human playground in politics where proper interactions are so important to make the difference we need to make. They would make a difference in society, like ordinary people as well, at home and in their communities. They would be able to capture the people again who were at risk to get lost.
–
Against human inadequacy we must strive for understanding, even if long-held convictions have hardened our hearts and minds. Strive and alienation are part of our culture and this applies to the problems of refugees as well.
–
Sweden had the greatest influx of refugees and encounters significant problems with a tiny fraction from the people arriving from Syria. However  this fraction is imposing a danger of different kinds, both for their fellow country man and triggering as well the increasing force of right-wing extremists ,who simply seek the political or even violent solution that “any foreigner” should leave the country.
–
Though many have been exposed to cruelty in Syria, it provides no freedom to assault or rape in the free countries who embraced them as part of the values we cherish in a free society. People who as such commit crimes and compromise the future chance of their fellow country man, the very last who try to build up a new life on dreams which have been shattered, – those people committing those crimes need to be returned to Syria, – failing other options. All this to prevent the long-term deep-rooted prejudgment festering in western society, –  and in free elections right-wing radicals coming to power, In that case increasing the risk that history is going to repeat itself.
– 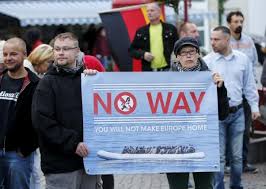 –
A human being should never be used as a means to an end, but the end comes when a human being creates the end of others.
–
Auschwitz should be a lesson to the world. It should never ever happen again. But allowing right-wing radicals in the Netherlands, Germany and other countries coming up as a response on what goes wrong in the management with refugees, the worst of evils may come to light if those groups are not eliminated by the power of reason, and gain a majority of voters.
– 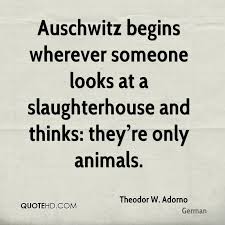 –
Never allow this to happen, never allow history to repeat itself as the skin of civilization get thinner when right wingers and people like Donald Trump raise to power.
–
Mind you, never allow this to happen, never be silent against extremism of any nature, never be silent when human rights are compromised on the altar of nationalistic sentiments, as history will repeat itself then, – with different and darker dimensions.
–
Thank you so much!
–
Paul
Paul Alexander Wolf
–
More results from wordpress.com >
–
https://paulalexanderwolf.wordpress.com/2016/01/13/who-are-we-and-what-could-we-still-become/
–
https://paulalexanderwolf.wordpress.com/2015/12/28/an-offer-in-2016-you-cannot-refuse-can-you-%e2%80%8f/
–
https://paulalexanderwolf.wordpress.com/2015/12/14/words-matter-the-world-matters%e2%80%8f-hope-matters-likewise-your-world-matters-stay-in-for-the-ride/
–