“Every man must decide whether he will walk in the light of creative altruism or in the darkness of destructive selfishness.”

“Only those who dare to fail greatly can ever achieve greatly.”

“We need to find the courage to say NO to the things and people that are not serving us if we want to rediscover ourselves and live our lives with authenticity.”
—Barbara de Angelis

SOME PEOPLE ASKED  me in which way they could serve in the best possible way, – and I smiled because they asked me.

For those who don’t know, I serve my patients from a comfortable position being paid as a Family Physician in Australia. However I love what I do and look with gratitude on the things I received and still receive, – knowing that in all of this I am dependent on the work many people did before I was born, and during the time of my life until the present.

The best answer on the question as how to serve in the best possible ways can be given by those who serve or served best.

Those who went out in any kind of wilderness, – lacking money and recourses and build up their heartfelt dreams. 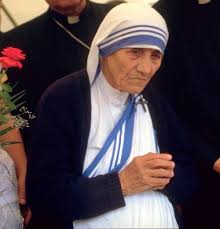 There are different ways of serving.

I have neither vivid memory on my school friend who died to early at the age of 6 as due to childhood cancer, nor do I remember his face, – but he “served” me in the way he died with a peace you don’t often see.

Besides this he left me with one of Bach‘s most beautiful organ plays, played by Albert Schweitzer. This left me at an early place in life with a memory on something different from life itself. I am still grateful that this old school friend passed my way, not because of what he was, – but of what he was able to “plant” without knowing it.

Sometimes, many years later, we do realise. In a way this is a secret of a kind we need to cherish, not by speaking about it when we do realise, but by allowing it to grow. So are human encounters at times of a nature we better not speak about, but our “awareness” is enough on its own and as such we respect life as it is without touching it. On other occasions we do good to show our gratitude at least ten times more than we tend to do.

There are 100 billionaires all over the world who could wipe out hunger with little more contribution. The difference between rich and poor is getting bigger and bigger. Some of them indeed do contribute but they are not the people who work in the front line against poverty, against war and against various abuses of human rights. If people ask me as how to serve, I tend to say to look at those people who do and find the answer in your own heart.

We are limited perhaps in our potential as due to nature and living conditions but there is neither limit nor ceiling to our potential to love and work our imagination the desired direction in our own circumstances.

It is as Albert Schweitzer once wrote about his work in Lambarena less then 100 years ago, – that anybody can create his or her’s own Lambarena. An affirmation only to illustrate that everyone can create his or her’s domain of care, and serve as such. Those who care do serve and the options are endless. Many examples are not seen by the world or valued for what they are.
Child soldiers who lost their innocence at an age far too young. Many of them did do terrible things but some of them reacted amazingly well by saving lives. People who fight the cruelty in central Africa, – within the domain of strong discomfort but perhaps with peace at heart. People who reach out without fame or name, saving friends and family amidst war.

Fire- fighters entering houses with people, children, at risk to be burned, and they do this at risk for their own life. People providing aid in Syria now. Fathers and mothers protecting their children in the Congo, without caring for themselves anymore. People providing polio vaccinations in Pakistan despite Taliban death threats. Journalists working at the forefront of all those things to bring the news, at risk of their own life. 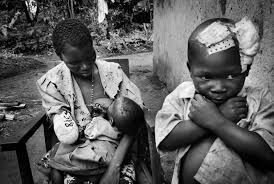 Human encounters are essential before being able to serve as the memory of some people may enlarge what we are able to do.

And in our memory those people deserve honour.

The question as how to serve best is an interesting question, but much depends on the situation where you are and on both your desires and imagination, besides the level of love you feel for those desires.

Sometimes people may be put in a situation where they have no other choice than to serve as staying on the side line would be betrayal of one’s own conscience. Sometimes people go out and meet those situations by
choice.

One thing is sure, we can’t wait for the moment everything and everything is ready because in such case we are not likely to begin to serve or reach out.

The other thing is true as well, – true that if we want to work on a dream, to build a ship, – that it is no point to drum up the people to collect the wood and other material. That there is no point to give them tasks of the work due to be done. Working this way is an error of judgement, as the starting point is to help people see what you see, and teach them the ways to get the dream into a reality, – to help them to buy into the endeavour themselves, and then it’s time to collect the wood and all the other things. 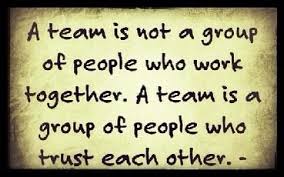 Faith is to believe the things you don’t see, rewarded at times by seeing the things you believe. Time might seem to be a limiting factor but not where it comes to the frequency of love. Love is the prime substance of both our life and nature, the prime substance of both earth and heaven. Without this love there would be neither cosmos nor sun, neither earth nor life.

“For everything there is a time and place”, – so to say.

The other thing being true is that you don’t travel as you think, but you think as you travel. Neither is it true that as you attract you do love, – but as you love you do attract. True love and real care are indispensable and we don’t always touch what is beautiful, neither do we lose the opportunity to see anything which is beautiful, – whether it is a fair face or a plant, a fair sky or a dark cloud. We absorb the seeds in our own soul and this gives life, – and may give direction as where to go, as alert we need to be. One spark of fire may light ourselves and from that fire we may light the world. None of us is too small to serve and freedom can be gained by giving more of ourselves.

Real love may reach the frequency of “the universe”, the last which may transform us as a transitional “human-being”, – through the awesome grace of God.