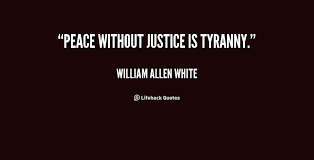 We all have seen the pictures photo’s and other information – at some degree – about the unfolding events in Syria.

With this escalating drama, we can only hope that 10 years from now we can say that the reconstruction process after the war brought things in the right direction. However we are not sure.

Not sure are we, either,  as how the dynamics in the Middle East will evolve if a new Syria will be a stronghold with both Iran and Hezbollah against Israel.

Whilst at the moment everything is better than an ISIS state, the Assad regime – if not seriously modified – can’t be more than an interim solution. The chemical warfare Assad prepared was neither for Lebanon or Hezbollah. Hence the last post war reconstruction of Syria should strike the right balance and prevent old allies in the Middle East imposing new long-term dangers of a different kind, not recognised as yet perhaps.

It is not easy to put in words what we see in Syria now, both in human suffering, both in agonising evil, and the implication for people who want to escape all this.

And then not to speak about those countries who seek solutions, those countries who have to use violence as the larger aspect of evil seems to be concentrated in the group called “ISIS”. A group which spreads as an infectious disease, attracts people from all over the world, both very young and some even old. 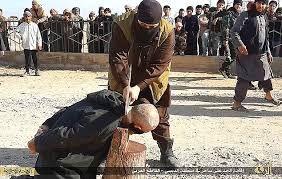 They spread violence in the most barbaric way. The type of violence from dogma’s and intolerance, – not understood, but evil and inhumane in all its manifestations.

There is no simple answer in both the complexities in this further unfolding drama. Genuine people fighting against the Assad regime because of the injustice of  Gestapo type methods this regime applied, – to try  to keep control for far too long. And on the other hand a different and most barbaric ISIS movement trying to get control in both Syria and Iraq.

ISIS aiming for a large new Islāmic state where the sorts of Hitler Germany echoes in a different identity in the Middle East. And it is because of the potential implications on this new and modern evil, where all roots of this kind need to be eradicated, as it deeply goes against all human values, – regardless religion or non religion.

A danger for civilisation.

It will be not possible to enforce democracy in a country which never had democracy. The dynamics of the Middle East are different, different as much as the surrounding countries and interests are.

Whilst an Assad regime can be contained within Syria, – with the reconstruction of this Syria after this war, the tone and the further implications of this dictatorship needs to be modified, – the least.

Besides this, an Assad regime will not last for ever and from history we know that some countries made profound positive changes for the better within a time frame of 25 years.

Worse is possible as well!

ISIS, if not eradicated in full, if not stopped at least, – may be the most dangerous nuclear power state within 25 years (or less!), worse even than North Korea. The Assad regime would never ever able to achieve this kind of evil, evil as it is in a more contained format.

The question not being a question anymore is which evil would impose a greater danger for civilisation?

Syria without any infrastructure would embrace greater chaos and terrorism of unknown quantity, and would impose for any order in the Middle East a greater threat than the Assad regime.

Like the evil of Hitler Germany did not last, the evil of the Assad regime will not last either. The evolution of German conscience brought forward in 2015 a nation at the forefront of moral values. 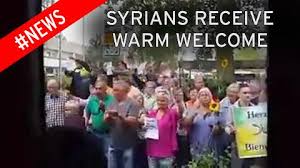 Whilst Russian military equipment is just now used to support the Assad regime from the north, any resistance against the Assad regime in this process is eliminated, including the coalition supported forces to replace Assad with a more Syrian friendly government.

It is at this point where the US – led coalition has major differences with Russia as the betrayal of this particular group has never been the aim. Turkey in its anti-ISIS air campaign killed many Kurds against ISIS, which was neither the aim of the US or other partners in the fight against  ISIS either. The principal of betrayal of this kind is betrayal by principle, neither acknowledged nor being apologised for. And whilst certain principles get compromised for the common good against the greater evil ISIS, – protection or evacuation of those groups fighting at the right end of the moral spectrum has never been on the table.

The last which is wrong.

All in all we have a conflict in Syria with various very mixed background agenda’s. Hard to resolve in conflict, hard to resolve in the aftermath, – including the reconstruction which hopefully will be the logical end of this battle in the years ahead.

The victims of the violence are often innocent Syrian people, trying to live in peace with little means, exposed to the horrors of utterly violence. Men and women and children alike. Attacks come from everywhere and anywhere and they don’t understand why, and neither do they know who will be the next victim. Likewise neither the Kurds nor Rebel fighters do understand. 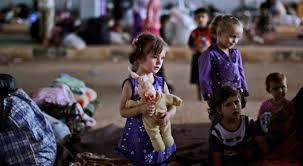 For us, enjoying the type of government which does not copy the examples of brutal states, not defending the rights of the few but the benefits of the many with equality for the law in our private differences (regardless race or religion as part of our democracy), – we can’t enforce our social and political standing to any area in the Middle East.

What we can do during the fight against ISIS is to honour collectively those who willingly and unwillingly gave their lives in their fight amidst the chaos of a struggle against various evils. Those who worked at the right moral spectrum and hoped to find more justice.

Perhaps they are the greater hero’s, as neither place nor people should be the battle ground for evil regimes not stopped at the beginning.. All the war memorials are pointless if we are unable to prevent this collectively. But that having said, the realities of this world are that nations have different agenda’s and that the way those agenda’s are implemented, at times of conflict, often is torture for the many with even little enduring benefit for the few who are responsible for the often senseless menace of violence.

For those who died in vain, let it be hoped that in this embattled area the final torch of their country’s history will be carried forward to a government, which serves the many and not the few. Which serves by law the rights of many, and not the moral decay of the few despotic regimes which endured “against people’s will”.  Endured without any justice in their genes.

Tyranny will not last, regardless the tears, the agony, the suffering and the anguish sustained.

Finally tyranny will be silenced, but the lesser the human cost the better the victory on the principle of early preclusion.

Early preclusion of any tyranny should be the golden standard in the reconstruction of any Syrian future movement, as this country paid already a price far too high on the standard of human dignity.

Besides this, the Middle East suffered too long on the dimensions of violence and intolerance of various nature.

Hence the reconstruction of Syria holds vital opportunities not to be missed by those who seek long term stability. Stability in a region unstable already for far too many centuries.